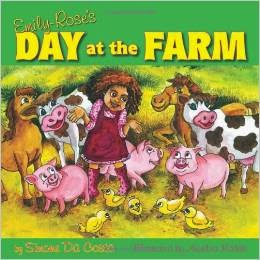 This week we have read Simone da Costas Emily-Rose's Day at the Farm. This story is about a little girl called Emily-Rose who has gone on a day trip to her grandmothers farm. She had always wanted to feed the animals but Grammy always did this herself. Well this time Emily-Rose has a go and let’s just say….. Grammy knows best!

The instant thing that hit all of us was the colourful book cover, it certainly did the job of enticing us all in. We were all eager to see what was on the next page. Again I went with the option of reading this out three times as you get more constructive feedback out of the little people then. 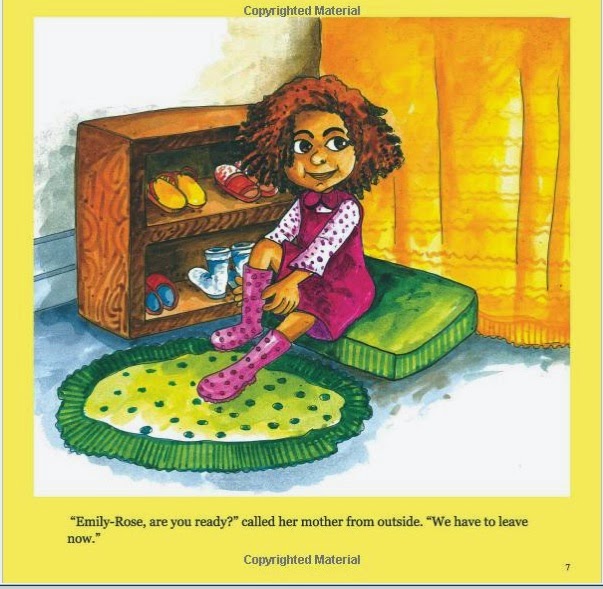 So first up we had my 7 year old daughter Felicity aka Flic, Fifi, little miss chatterbox. After being told off yet again for reading too quickly she gave me her thoughts. After reading it slowly and clearly she immediately said that she loved the pictures and said that they showed exactly what was happening in the story. She also liked some of the terminology that isn't so familiar with us Brits, like cracked corn, she mentioned that a lot! She thoroughly enjoy the story and her little face lit up when she saw a word search at the end, a very clever idea I might add. Oh and the mentioning of falling on her bottom raised a few giggles. 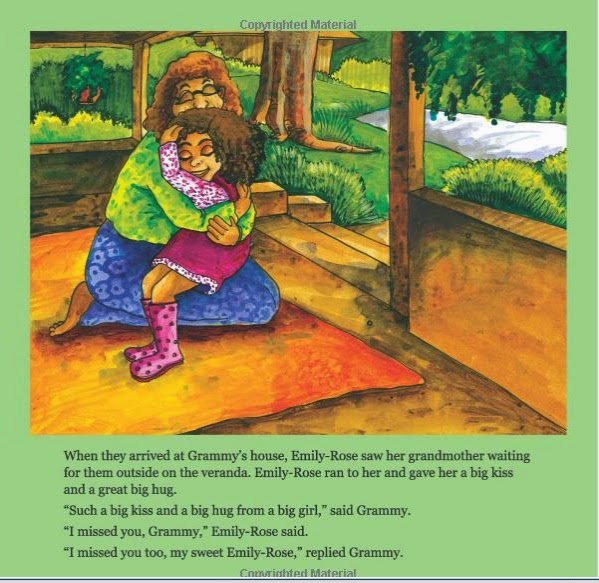 Next up my son Dylan aka Dil who is 10.
I could tell he was enjoying the story as there were no interruptions and he was giggling throughout. He liked the term rambunctious that kept popping up, saying it sounded like an old fashioned word and he was keen himself to find out what it meant .He really enjoyed the pickles the animals were being and each time I turned the page he was keen to see what they did next to poor Emily-Rose, trying to guess what they would do. He thought it was quite silly of Emily-Rose running away with the cracked corn and being chased by ducks. I told him that I did exactly the same thing with a baby elephant, I kid you not! I too went to give a baby elephant a bit of my sandwich only to then decide that I was too scared to do it. Off course I started running and so did the elephant. My mum shouting “drop it, drop it”, I did eventually……never again he he

And our third recruit Phoebe our next door neighbour who is 9. Phoebe's comment made me laugh at the end. Her exact words were " I hate to admit it but the grown up's are always right" She enjoyed the story saying that it was a lovely picture book for the younger reader and that it teaches you not to rush into things and to listen to what your grown ups tell you. She enjoyed the pictures saying that the illustrations were very bright and colourful and matched the story well. The addition of a quiz and a word search was a very clever idea and went down well with all 3 of the children

Last but not least, my thoughts......Well I have to applaud Simone and the illustrator on creating a very visually appealing book. You can see so much thought has been put into the layout of the book and the illustrations really draw you into the story. From an illustrators point of view I have to say that the pictures really compliment the story beautifully. The story itself is a delightful read, keeping you enticed the whole way through. An excellent piece of story telling and a lovely tribute to the relationship between grandmother and grand daughter. It was lovely to read out as well, with lots of different expressions to play with. I think any child would enjoy this and grown ups will love reading it to their children. A great read for the whole family to enjoy together.

From all at the Holyoake Homestead, it’s over and out for now. Be sure to pop by again for the next installment. 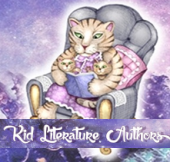 A tribute to a remarkable man... Herbert C Burrow author of Animal Stories For The Young 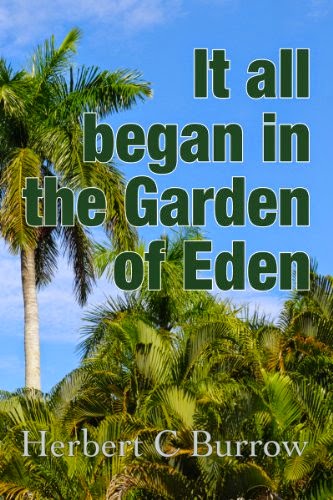 AMAZON LINK
I have been a bit behind lately due to a much needed break away to Valencia. It was a fab holiday and given me lots of memories to cherish. I took myself offline and armed myself with Herbert C Burrow’s autobiography to read while I lazed about. I have been meaning to read this for ages but things always get in the way and I am pretty shattered come the evenings. Anyway I did it, I completed the book and am so pleased I did. I have worked with some interesting characters over the years but Mr Burrow is top of the list for leading such an extraordinary life with an alien abductee coming a very close second (that’s a whole blog in itself he he)

I have worked with Mr Burrow now for two years on his Animal Stories For The Young books. What is truly remarkable though is it will be his 100th birthday this December. I am currently working on the 3rd Volume and we are pushing to get this published just in time for the big occasion. He is even half way through writing the 4th Volume! I find it so inspirational that he is still writing and painting to this day. I hope I have as much passion and determination in my later years.


Close friends will tell you, I am not the most enthusiastic person when it comes to reading non fiction or anything that requires you to concentrate for more than ten minutes, I have a very short attention span! I know that’s a terrible thing to admit to, I am more your easy reading and pretty pictures kinda gal. Saying that I am a sucker for a really good gritty crime or horror story. But I must say I thoroughly enjoyed this and have gained a whole new respect for the man. So much so that I wanted to do a little blog in tribute to him.

His autobiography “It all Began in the Garden of Eden” covers his fascinating career working with the British Council. He was 29 years old when he took over running the B.C. in Iraq, the beginning of a long career of zigzagging across the world to very different countries. With 15 postings in 13 countries - Iraq, Algiers, Morocco, Tunisia, London, Czechoslovakia, Brazil, Thailand, Vietnam, Cambodia, Laos, Ghana and France. It was fascinating reading about all of the experiences that were had throughout his life as he spread the word, encouraging the use of the English language and establishing cultural relations with other countries. The peaceful nature of this task was often carried out under a state of violence and political upheaval. Faced with unusual and dramatic situations such as being held hostage in the British Embassy in Baghdad for the month of May 1941 when a pro-German group of Iraqi Generals staged a coup He often had to rely on his own initiative to get himself out of some pickles and always managed to retain his good sense of humour. He and his wife of 58 years were quite the team, up heaving themselves with each posting and turning what little they were given into a family home. They both were very respected in the communities and met many well known names as a result. It was fascinating reading about the cultural and political life in these countries during one of the most eventful periods of modern history - the Second World War and its aftermath.

A fascinating man and someone I have grown very fond of, my only regret is that our paths did not cross earlier on in my life. My Dad would have loved listening to his tales, such a shame we couldn’t of shared that together. I have certainly learned a few things since working with him. 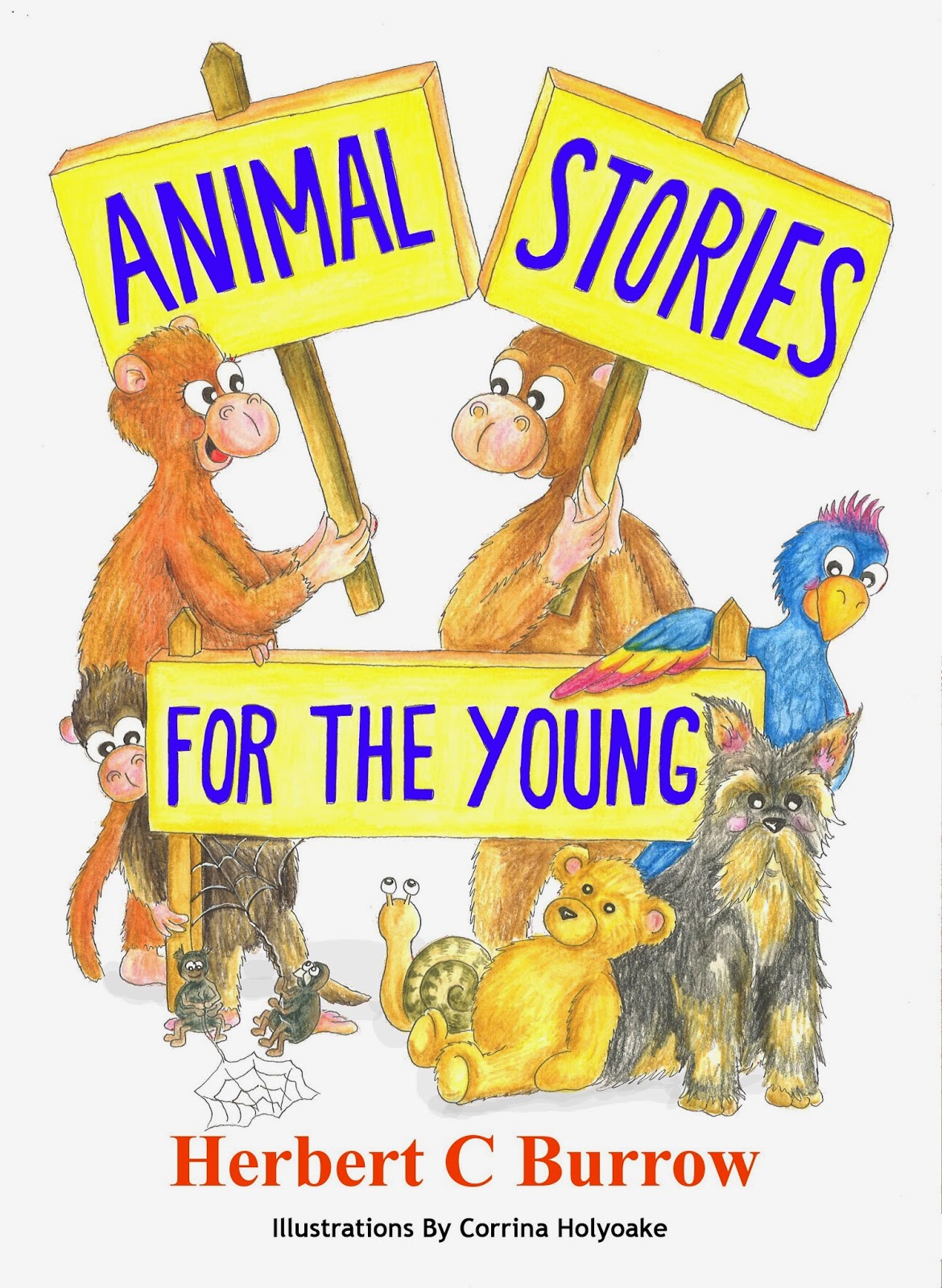 In the meantime I shall carry on working on the 3rd edition of Animal Stories For The Young. He is very fond of animals and these books are a lovely collection of short animal stories with characters you can’t help but fall in love with. What makes them stand out though are all the little tit bits of information he throws in about animals that he has come across over the years. He had many strange pets and has told me some stories you would find hard to believe like how his little pet parrot Perky sat on his finger throughout the whole flight between Rio to Thailand! The purpose of these books are to stimulate affection for animals instead of treating them just as pets. I think he accomplished what he has set out to do.

I will leave you with a little collection of my favourite characters so far from The Animal Stories of The Young collection.... 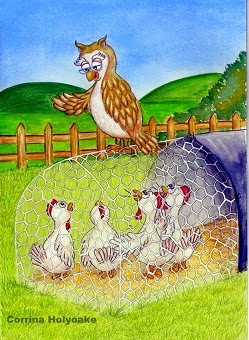 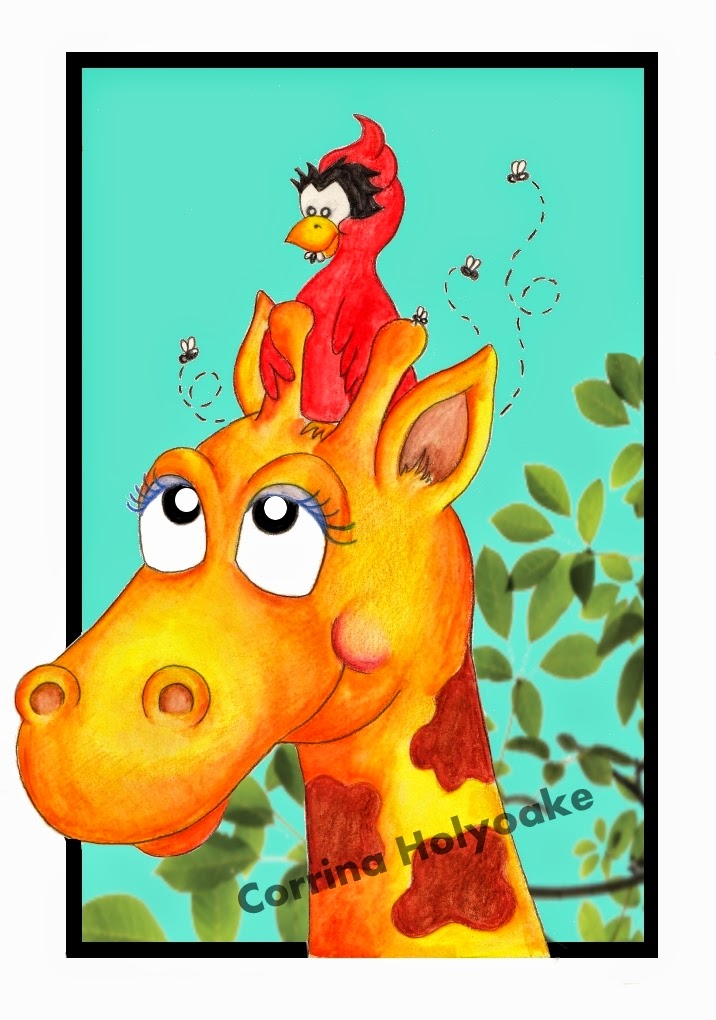 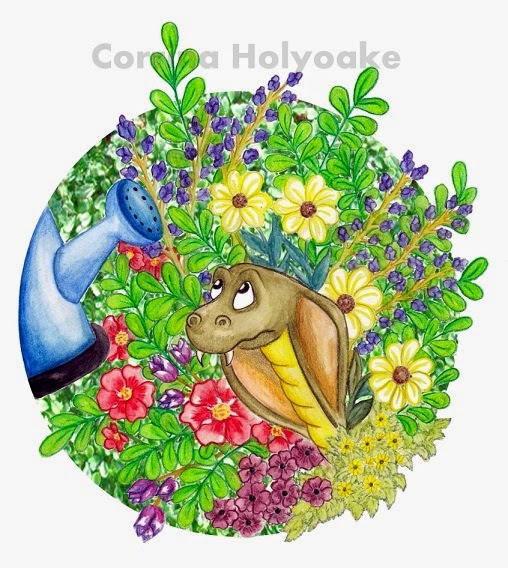 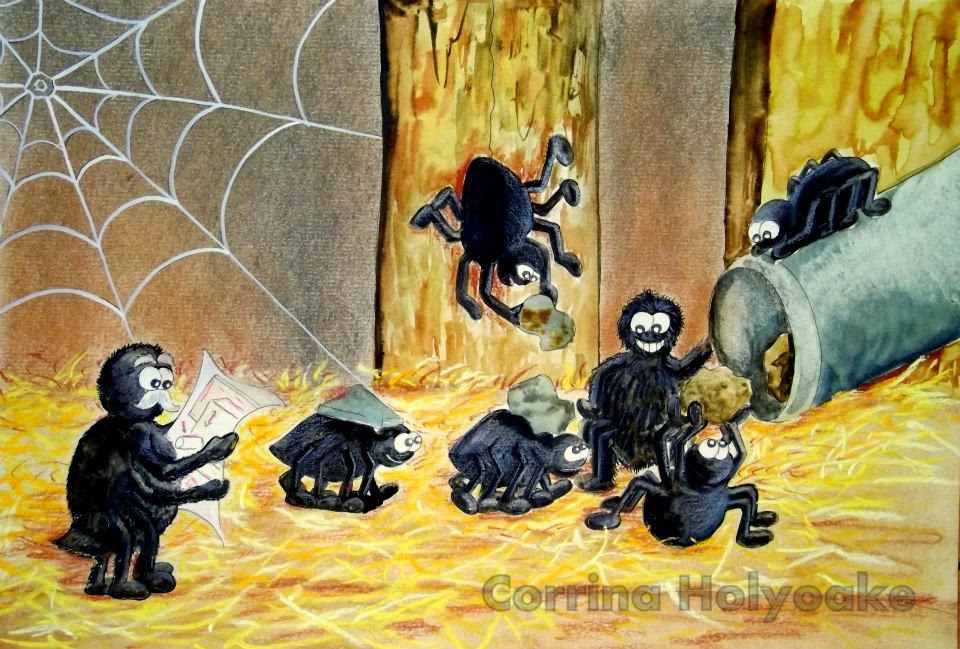 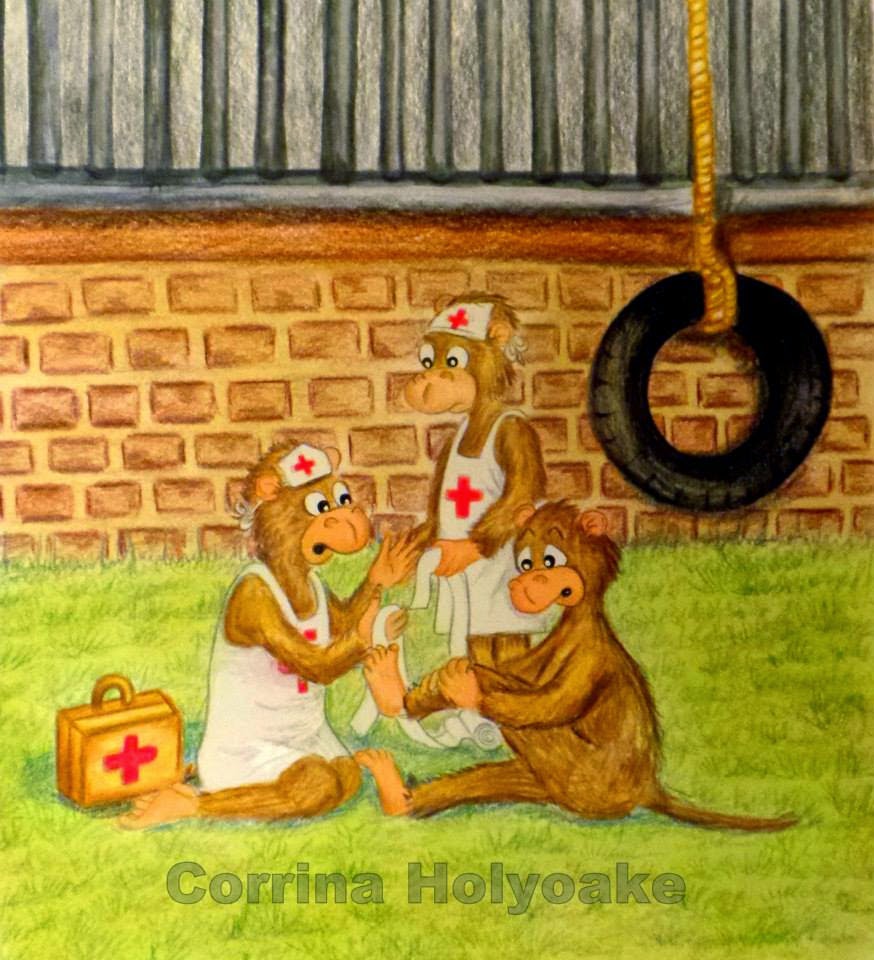 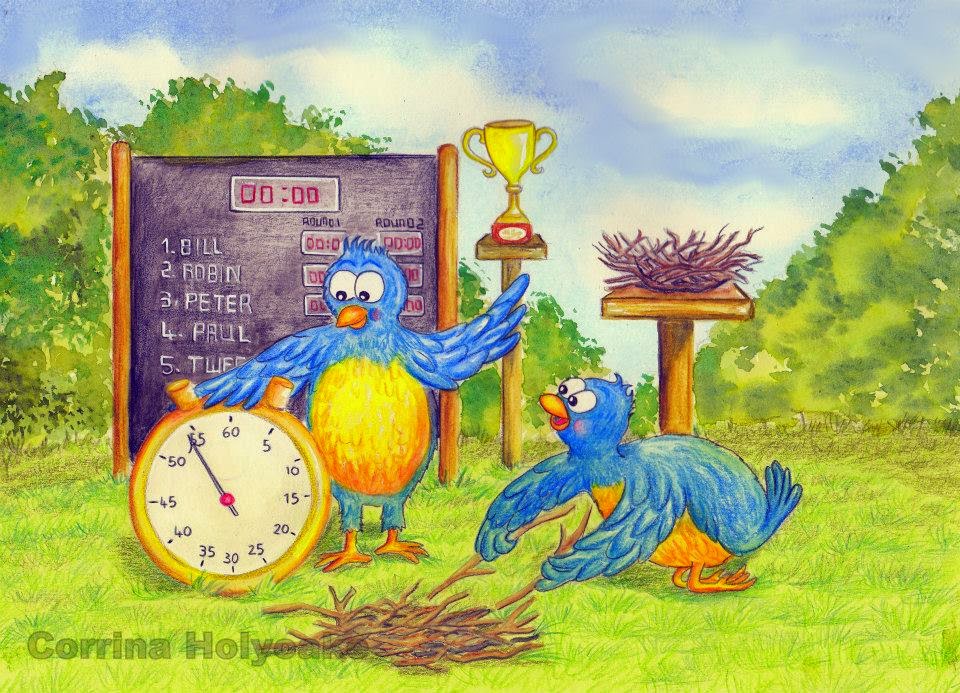